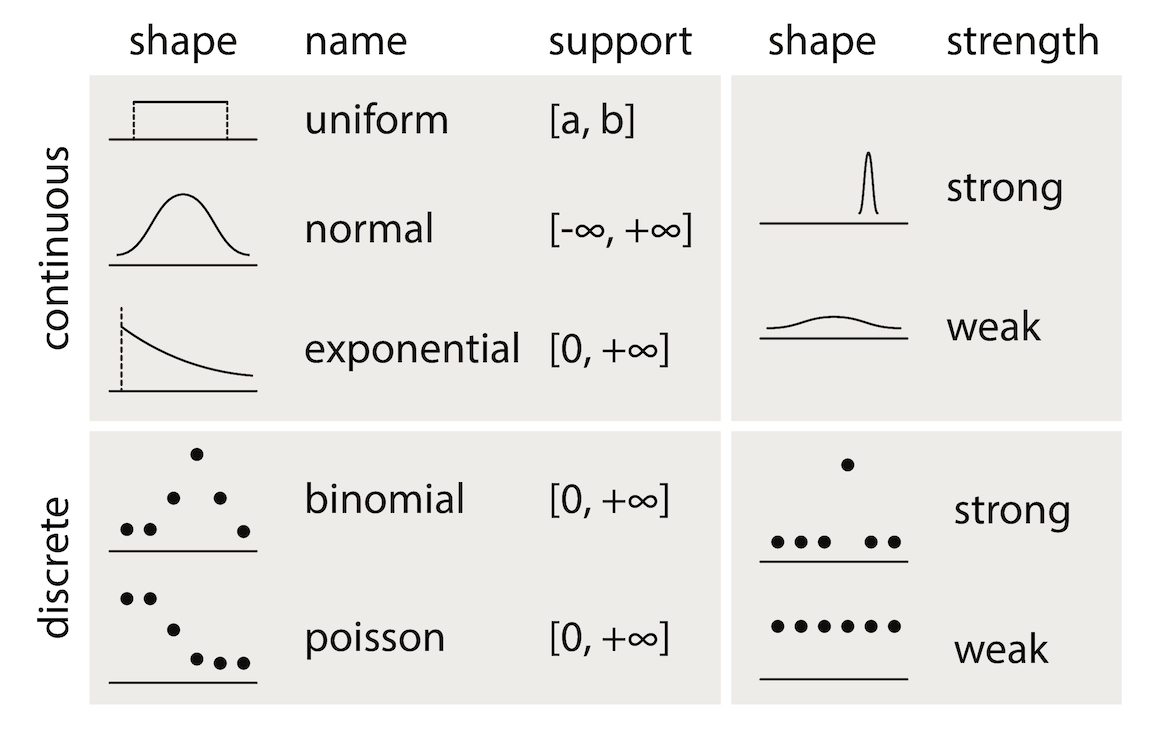 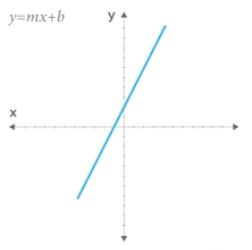 Average distance from the mean for all the points.

A sometimes vague term. It usually denotes the arithmetic mean, but it can also denote the median, the mode, the geometric mean, and weighted means, among other things.

In plotting a histogram, one starts by dividing the range of values into a set of non-overlapping intervals, called class intervals, in such a way that every datum is contained in some class interval. See the related entries class boundary and endpoint convention.

A quantitative variable whose set of possible values is countable. Typical examples of discrete variables are variables whose possible values are a subset of the integers, such as Social Security numbers, the number of people in a family, ages rounded to the nearest year, etc. Discrete variables are "chunky." C.f. continuous variable. A discrete random variable is one whose set of possible values is countable. A random variable is discrete if and only if its cumulative probability distribution function is a stair-step function; i.e., if it is piecewise constant and only increases by jumps.

A field of study that bridges mathematics, statistics, economics, and psychology. It is used to study economic behavior, and to model conflict between nations, for example, "nuclear stalemate" during the Cold War.

Two variables are linearly associated if a change in one is associated with a proportional change in the other, with the same constant of proportionality throughout the range of measurement. The correlation coefficient measures the degree of linear association on a scale of −1 to 1.

The sum of a list of numbers, divided by the number of elements in the list. See also average.

Member of a set

Something is a member (or element) of a set if it is one of the things in the set.

A collection of units being studied. Units can be people, places, objects, epochs, drugs, procedures, or many other things. Much of statistics is concerned with estimating numerical properties (parameters) of an entire population from a random sample of units from the population.

The probability distribution of a continuous random variable can be characterized by its probability density function.

Linear regression fits a line to a scatterplot in such a way as to minimize the sum of the squares of the residuals. The resulting regression line, together with the standard deviations of the two variables or their correlation coefficient, can be a reasonable summary of a scatterplot if the scatterplot is roughly football-shaped. In other cases, it is a poor summary. If we are regressing the variable \(Y\) on the variable \(X\) , and if \(Y\) is plotted on the vertical axis and \(X\) is plotted on the horizontal axis, the regression line passes through the point of averages, and has slope equal to the correlation coefficient times the SD of \(Y\) divided by the SD of \(X\). This page shows a scatterplot, with a button to plot the regression line.

A sample is a collection of units from a population. See also random sample.

That is, the standard error is the square-root of the expected squared difference between the random variable and its expected value. The SE of a random variable is analogous to the SD of a list.

Transformations turn lists into other lists, or variables into other variables. For example, to transform a list of temperatures in degrees Celsius into the corresponding list of temperatures in degrees Fahrenheit, you multiply each element by \(9/5\), and add 32 to each product. This is an example of an affine transformation: multiply by something and add something (\(y = ax + b\) is the general affine transformation of \(x\) ; it's the familiar equation of a straight line). In a linear transformation, you only multiply by something (\(y = ax\) ). Affine transformations are used to put variables in standard units. In that case, you subtract the mean and divide the results by the SD. This is equivalent to multiplying by the reciprocal of the SD and adding the negative of the mean, divided by the SD, so it is an affine transformation. Affine transformations with positive multiplicative constants have a simple effect on the mean, median, mode, quartiles, and other percentiles: the new value of any of these is the old one, transformed using exactly the same formula. When the multiplicative constant is negative, the mean, median, mode, are still transformed by the same rule, but quartiles and percentiles are reversed: the \(qth\) quantile of the transformed distribution is the transformed value of the \(1−qth\) quantile of the original distribution (ignoring the effect of data spacing). The effect of an affine transformation on the SD, range, and IQR, is to make the new value the old value times the absolute value of the number you multiplied the first list by: what you added does not affect them.

A pictorial way of showing the relations among sets or events. The universal set or outcome space is usually drawn as a rectangle; sets are regions within the rectangle. The overlap of the regions corresponds to the intersection of the sets. If the regions do not overlap, the sets are disjoint. The part of the rectangle included in one or more of the regions corresponds to the union of the sets. This page contains a tool that illustrates Venn diagrams; the tool represents the probability of an event by the area of the event.